On April 11, 2018, the West Virginia Supreme Court of Appeals issued its opinion in an appeal of a Board of Review decision denying a WV workers’ compensation meal reimbursement claim. The court determined that West Virginia workers’ compensation law allows reimbursement for meal expenses during travel for an independent medical exam (IME) located 100 miles away from the claimant’s home. The court’s decision has broad implications for workers and employers across West Virginia. 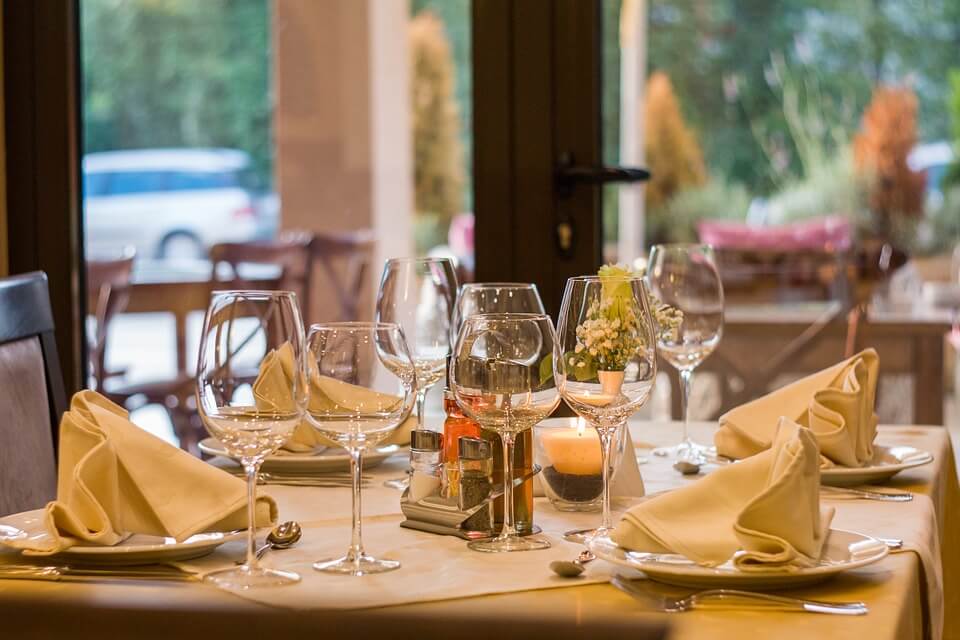 In April 2018, the court considered a case dealing with IME meal reimbursement under W. Va. Code § 23-4-8(e). The issue raised was not new, but it required interpretation or construction of workers’ compensation statutes and rules. As discussed below, the court’s opinion will have significant ramifications in the legal, insurance, business, and labor sectors.

In Silveti, the claim administrator referred Silveti for an independent medical evaluation that was approximately 100 miles from Silveti’s residence even though the court found that there were several qualified medical practitioners located in Siveti’s community. Silveti attended the IME and returned home on the same day, but, along the way, he stopped to enjoy an $80 meal at Outback Steakhouse with the person who had accompanied him to the appointment.

Silveti filed a workers’ compensation claim requesting reimbursement of mileage, lost wages, and meal expenses in relation to the IME. He submitted the receipt from Outback Steakhouse. The mileage was paid without dispute, but the claim administrator denied his requests for lost wages and meal reimbursement. Because Silveti was receiving temporary total disability benefits at the time of his IME, he did not pursue lost wages in the appeal. However, he maintained that he was entitled to reimbursement of his meal expenses.

Citing case law regarding WV workers’ compensation denied claims, the claim administrator denied the claim for IME meal reimbursement in WV, finding that the claim was not “reasonable” as required by W. Va. Code § 23-4-8(e). Section 23-4-8(e) provides that mileage expenses are reimbursed at the rates stated in the W. Va. Department of Administration’s Purchasing Division Travel Rules. The relevant rule, W. Va. Code St. R. § 85-1-15.1, similarly provides that WV IME meal reimbursement is governed by the Travel Rules. The relevant Travel Rule limits meal claim reimbursement to overnight travel. In denying the claim, the Board of Review and the administrative law judge had agreed with the claim administrator, reading the statute and rule together to require reimbursement for meal expenses only for overnight travel.

On appeal, Silveti argued that he was entitled to meal reimbursement because W. Va. Code § 23-4-8(e) says “reasonable” traveling expenses shall “include, at a minimum, mileage, lodging, and meals.” In its argument, the employer emphasized the next sentence of the same statute, which says that reimbursement for personal travel shall be at the rates allowed to West Virginia State employees when traveling on State business. Again, under the State’s travel rules, meal reimbursement is disallowed unless an overnight stay is required. That rule has been applied to workers’ compensation claimants for many years.

The West Virginia Supreme Court of Appeals reversed the Board of Review’s denial of Silveti’s claim for meal reimbursement. The court held that, under the plain language of W. Va. Code § 23-4-8(e), a claimant ordered to attend an independent medical examination shall be reimbursed for reasonable travel expenses including, at a minimum, meals, lodging, and mileage.

In reaching its decision, the court appeared to rely in part on the claim administrator’s decision to send Silveti for an IME 100 miles away when providers closer to his residence were available. The court pointed out that W. Va. Code St. R. § 85-1-15.3 directs that examinations should be arranged “as near as is practicable” to a claimant’s home. (The court’s opinion mistakenly cites to W. Va. Code St. R. § 85-1-15.6.) As that did not occur in this case, Silveti was entitled to reimbursement for his steak and Bloomin’ Onion.

In a dissent, Justice Walker disagreed with the majority’s approach, arguing that it “voids the Insurance Commissioner’s interpretation of the term ‘reasonable,’ found in § 23-4-8(c),” a term not otherwise defined by the statute. The dissent also characterized the cost of Baker’s lunch as $37, presumably the cost of only Baker’s meal, versus the total $80 bill discussed by the majority opinion.

On remand, the Board of Review allowed the meal reimbursement but reduced the reimbursed amount to the federal per diem and deducted an additional 25% because Silveti had not spent the night. This resulted in a total reimbursement of $23 of the $80 claim.

Silveti lies in stark contrast to prior practice regarding meal reimbursement. The court implicitly acknowledged the potentially broad fallout of Silveti by observing in a footnote that the case “should not be read to require a party who orders a medical examination of a workers’ compensation claimant to reimburse the claimant for ‘travel expenses’ when the claimant did not travel outside the area in which he or she resides in order to attend the medical examination.”

The court reaffirmed that meal and lodging expenses associated with an IME are compensable only if reasonable. But the opinion creates uncertainty about definition of “reasonable” except to show that IME meal expenses 100 miles from the claimant’s residence are reasonable.

Another point to note is the court’s use of the federal GSA per diem rate. That rate allows $51 for meals and incidentals ($54 for Morgantown, Wheeling, and Charleston), broken down by breakfast, lunch, and dinner. The rate for the first and last day of travel is 75% of the normal rate. The 75% limit also applies per West Virginia Travel Rule 4.7.1.

It appears the court applied this rate in awarding $21 compensation for the $80 Outback meal at issue, which is 75% of the maximum per diem of $23 for the dinner and $5 for the tip. This interpretation may differ from that of dissent by Justice Walker, who said that the majority’s decision was intended to “see that a workers’ compensation claimant is reimbursed for his $37 lunch at Outback Steakhouse.”

On remand, the Board of Review interpreted the court’s decision using the federal GSA per diem rate as described above. The “reasonable” meal expense when an employer sends a claimant outside his or her geographic region for an IME is limited to $11 for breakfast, $12 for lunch, and $23 for dinner, per the Board’s order. The Board therefore directed the employer to reimburse the claimant in the amount of $23 for his “down-under repast” at Outback Steakhouse (to borrow Justice Walker’s snappy dissent).

You may remember that the original request for reimbursement was $80. The Board did NOT apply the 75% limit on the first and last day of travel, but the difference in the case was not worth re-litigating. In light of the Board of Review’s interpretation, claim administrators may wish to explore with experienced counsel applying the per diem limit on all meal reimbursements where a claimant travels outside his or her geographic area.

Do You Have Questions about WV Workers’ Compensation Meal Reimbursement Claims?

If you have questions about how court decisions regarding WV workers’ compensation meal reimbursement claims apply to claims filed by your employees, talk with an attorney who specializes in workers’ compensation issues in the Mountain State. Contact Steven K. Wellman at Jenkins Fenstermaker, PLLC for consultation with a workers’ compensation attorney recognized by his peers as one of the best in the field. You can reach Steve by calling 866.617.4736 or by completing the firm’s online contact form.