Blog
The WV Form WC-1: Is It Still Required?

Few subjects seem to generate as many questions as West Virginia’s statutory requirement stating that workers’ compensation claims must be filed on the state-approved form, known as WV Form OIC-WC-1, or the “WC-1” for short. The purpose of this article is to update you regarding case law trends pertaining to the WV Form WC-1 requirement. 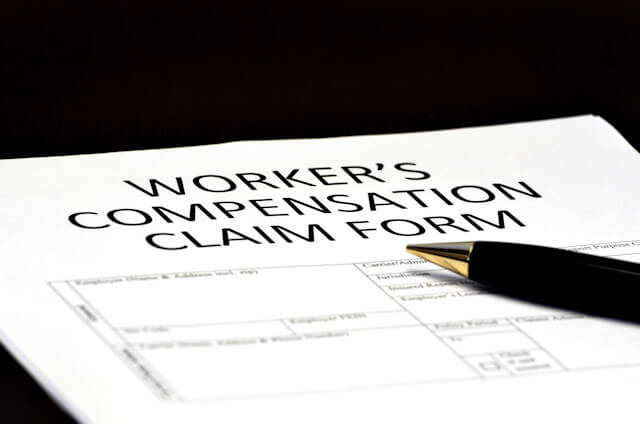 The Origin of the WV Form WC-1 Requirements

To understand the hubbub about WV Form WC-1, we must first look to what the West Virginia Code says about it and what it means. The relevant statute provides as follows:

To entitle any employee . . . to compensation under this chapter, other than for occupational pneumoconiosis or other occupational disease, the application for compensation shall be made on the form or forms prescribed by the Insurance Commissioner, and filed with the Insurance Commissioner, private carrier or self-insured employer, whichever is applicable, within six months from and after the injury or death, as the case may be, and unless filed within the six months period, the right to compensation under this chapter is forever barred, such time limitation being hereby declared to be a condition of the right and hence jurisdictional[.]

In short, the statute provides that the timely filing of a WV Form WC-1 is a prerequisite to enforcing the right to workers’ compensation benefits. The failure to timely file the form bars a claimant from seeking benefits.

Of course, that’s not the end of the story. The judiciary is charged with the interpretation of West Virginia law. As shown below, decisions handed down by the West Virginia Supreme Court of Appeals—and even current insurance practice—appear to be eroding the plain meaning of the statute, leaving employers scratching their heads about how to handle workers’ compensation claims.

The Heyday of Reading the Statute Literally

The supreme court decision in Ward v. M & G Polymers USA, LLC, No. 12-0738 (January 14, 2014) (memorandum decision), brought into question the jurisdictional characteristic of WV Form WC-1 when it was handed down in 2014. In Ward, the claimant was injured on September 30, 2008, while working and “immediately reported this injury to his supervisor.” The claim administrator “authorized an MRI, an EMG, referral to Dr. Mehta for an epidural consultation, and a functional capacity evaluation before ever holding the claim compensable on July 21, 2010[.]” Furthermore, temporary total disability benefits were paid, and the claim was closed for temporary total disability benefits by order dated June 25, 2010.

Two years after Ward, the supreme court again upheld the mandatory requirement of a WC-1 form in Saiyed v. 3 S Network, Inc., No. 15-0864 (August 26, 2016) (memorandum decision). In Saiyed, the claimant was a resident of Virginia, and most of his work was in Virginia. He was injured while working in West Virginia. The claimant filed a claim for workers’ compensation benefits in Virginia in August or September 2012. Then, the claims administrator sent the claimant a letter on January 14, 2013, including a West Virginia claim brochure and outlining the West Virginia claim process, as well as a blank WV Form WC-1.

Four days later, on January 18, 2013, the claims administrator denied a West Virginia claim on the basis that he had not been injured in the course of and resulting from his employment. More than a year later, on February 10, 2014, the claims administrator issued a corrected order, stating that the original decision was issued in error and that it did not have any authority or discretion to issue a decision because the mandatory claim application had not been received. Because the claimant had not filed a WV Form WC-1 within six months of the injury, the supreme court held that the claimant’s West Virginia claim, which still had not been properly filed, was time-barred.

It could be deduced from the case law that the WC-1 requirement in WV had almost no exceptions, although some cases did recognize an exception where the employer prevented the claimant from filing a timely application through misleading statements or other actions.

The strict requirement of a signed and completed WC-1 then seemingly began to erode. In Goins v. West Virginia Division of Natural Resources, No. 16-0328 (May 5, 2017) (memorandum decision), the claimant never signed the WV Form WC-1, and the physician’s section of the form was left blank. The courts found that the claimant’s failure to sign the WC-1 form did not disqualify the claim from consideration, and the supreme court stated: “The fact that the physician’s section was not completed brings into question the compensability of the injury; however, it does not bar the application for benefits entirely.” The court further commented:

The claims administrator was well aware that Mr. Goins was purportedly injured in the course of his employment and that he was attempting to apply for benefits. The West Virginia Division of Natural Resources reported the injury to the claims administrator four days after the injury occurred. Further, West Virginia Code § 23-4-15(a) merely states that an application must be filed, it does not provide qualifications for what constitutes a completed application. However, Mr. Goins failed to show by a preponderance of the evidence that he was injured in the course of and resulting from his employment.

In other words, the court was perfectly fine with a partially completed form; the claim was simply denied for other, more substantive reasons.

No Form WC-1 Required at All for Benefits

Next, the Court decided Security Networks, LLC v. Barker, No. 17-0054 (October 10, 2017) (memorandum decision). In the Barker case, the claimant suffered serious injuries to his shoulder and knee, and the employer had actual notice of the injury. The workers’ compensation carrier paid temporary total disability benefits. Then, the carrier rejected the claim for lack of a properly filed WV Form WC-1. The carrier stated the same basis for denying the claim that the carrier in Ward had stated, i.e., it had no authority or jurisdiction to make any rulings on the claim due to the lack of a WC-1 and that the claim was now untimely and denied.

However, the Office of Judges found the claimant’s failure to file a WC-1 to be excusable and stated that the employer had adequate notice of the claim. There was no evidence that the carrier or the employer had given the claimant a blank WC-1 or advised him of the application form requirement. The Board of Review affirmed, stating that “the employer and the claims administrator were made aware of Mr. Barker’s injury within the six-month statutory period for filing a claim.”

The most recent pronouncement by the court regarding the WC-1 requirement is found in Blue Flame Pipeline, LLC v. Thomas, No. 20-0291 (June 23, 2021) (memorandum decision). In Thomas, the claimant sustained a concussion and other head injuries while at work on July 12, 2018. The employer’s safety representative took the claimant to an urgent care facility, where the claimant completed a WV Form WC-1, as did the doctor, who also recommended that the claimant be transferred directly to the hospital. The safety representative transported the claimant to the hospital. The claims administrator sent the claimant a notice stating that it was aware of the injury. Furthermore, the employer had filed a notice of the injury, and a claim number was assigned. A second notice was issued, confirming notice of the injury and including a Claim ID card.

The claimant had several follow up visits to the hospital for an assortment of symptoms and treatment, and, on one occasion, a second WC-1 form was completed, still within six months of the date of injury. Then, on May 30, 2019, the claims administrator denied the claim because it had not received a WC-1 form.

The claimant protested and testified that he had ongoing email exchanges with a representative of the claims administrator, who never mentioned the WC-1 requirement. He also argued that he did complete two timely WC-1 applications and that the claims administrator had acknowledged receipt of the notice of injury. After the Office of Judges affirmed the denial of the claim, the Board of Review reversed. The Board noted the claimant’s testimony that he thought the required application had been submitted in the regular course of business. Even though the claims administrator took no overt steps to mislead the claimant, it did issue a claim number and clearly had actual notice of the injury within six months, and “there was no reason for Mr. Thomas to think that anything else was required of him.”

In affirming the Board of Review’s decision, the supreme court held: “The purpose of the WC-1 Employees' and Physicians' Report of Occupational Injury and Disease is to give notice to the employer and insurance company that there has been an injury and that the employee will require insurance coverage as mandated by state law as he or she seeks medical attention to heal. In the present case, both Blue Flame and the insurance carrier demonstrated that they had actual notice, as detailed by the Board of Review, giving Mr. Thomas every reason to believe that he had an established claim and entitlement to medical benefits.”

What Do These Decisions Say about Form WC-1 Today?

We believe that the strict WC-1 requirement is clearly undergoing considerable erosion since the Ward and Saiyed decisions. Again, even before Goins, Barker, and Thomas, the court had already ruled that a WC-1 is not required where an employer’s and/or carrier’s actions misled the claimant into thinking that the claim was properly and timely filed. On the one hand, we believe it is still accurate to say that the WC-1 can be required. However, we also believe that if all facts necessary for a decision on compensability have been communicated to the employer and to the claim administrator in a prompt and timely manner and the claim is otherwise compensable but for the WC-1 requirement, then rejection of a claim for lack of a WC-1 could be a tough defense.

If your company’s practice is to require a WC-1, a court could deem it mandatory for you to send claimants a notice that the WC-1 is required before a decision can be reached and that you will decide no issue and will pay no benefits unless and until a completed WC-1 is received. We normally recommend the following:

We are aware that some carriers are no longer requiring a completed WC-1 form and are assessing claims and taking actions based on other reporting mechanisms. There is certainly nothing which precludes a carrier from taking this approach. While the WC-1 can be a useful document in litigated claims in terms of the scope of the claim, it also creates certain procedural headaches, including with respect to EDI reporting.

With the growing number of WC-1 exceptions appearing in appellate court decisions, West Virginia employers often feel uncertain whether their workers’ compensation claim processes would pass muster. With so much at stake, you can’t afford a do-it-yourself approach to workers’ compensation questions. You need guidance from a WV workers’ compensation defense attorney who’s keeping a close eye on developments in this area. Enter Steve Wellman at Jenkins Fenstermaker, PLLC.

Labor and Employment, Workers Compensation, Our Practice Areas,
Share on: