Blog
The NLRB Prefers the Camel to the Camel’s Nose: Micro-Unions under PCC Structurals

How many unions can fit inside one building? After the NLRB issued its decision in Specialty Healthcare and Rehabilitation Center of Mobile in August 2011, the business community predicted that “micro-unions” would pop up in workplaces, vastly increasing the number of unions with whom an employer would be obliged to bargain. Senator Lamar Alexander said that a single store might find itself saddled with more than a dozen unions: “The National Labor Relations Board’s decision to allow micro-unions fractures workplaces…. your local department store could splinter into dozens of factions that the employer must now negotiate with — with the men’s clothing department, the bedding department, the fragrance department, and the women’s shoe department all represented by separate unions…." 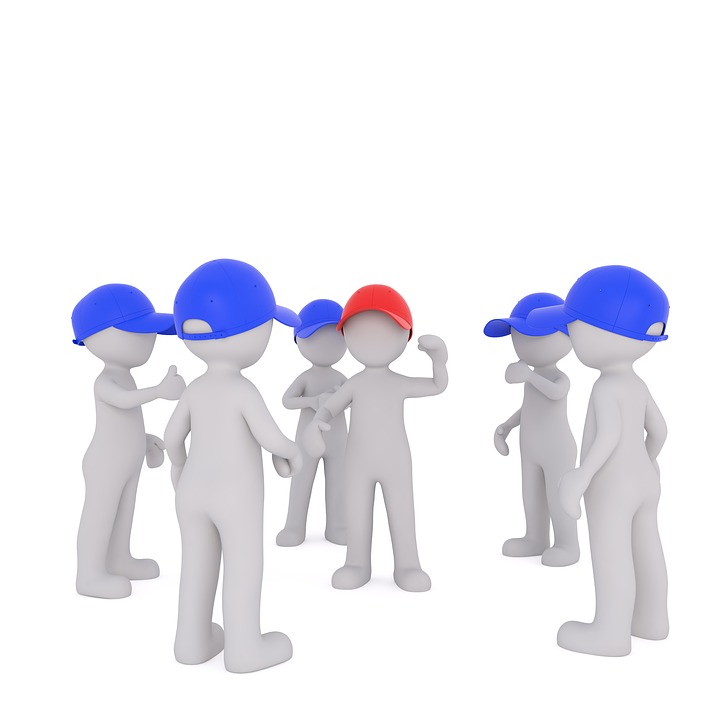 The fear of many micro-unions in one workplace — and the fear of a “micro-union” growing into a “macro-union” — is why Republican legislators have repeatedly tried to enact the “Representation Fairness Restoration Act.” This Bill is designed to overturn Specialty Healthcare. This Bill has been introduced every year since the NLRB’s decision was issued, but has failed to advance. Perhaps the Bill needs a catchier name or acronym — or perhaps legislators were betting that once the NLRB gained a Republican majority the agency would take care of the problem. If that was their bet, it paid off on December 15, 2017, when the NLRB issued its decision in PCC Structurals, Inc. and explicitly overturned Specialty Healthcare.

NLRB Basics: What Is an Appropriate Bargaining Unit?

A bit of background might be helpful to explain the significance of the NLRB’s about-face. The National Labor Relations Act charges the Board with determining which employees at a workplace make the “appropriate” bargaining unit for “the purposes of collective bargaining.” An appropriate bargaining unit may, for example, consist of all workers who practice a certain craft, such as all electricians. The decision is for the NLRB to make, keeping in mind the employees’ rights under the NLRA: “The Board shall decide in each case whether, in order to assure to employees the fullest freedom in exercising the rights guaranteed by this Act, the unit appropriate for the purposes of collective bargaining shall be the employer unit, craft unit, plant unit, or subdivision thereof.”

In the 2011 Specialty Healthcare decision, issued during President Obama’s administration, the NLRB gave great deference to union organizers as to the appropriate size and shape for a bargaining unit. The NLRB held that if the organizers could show the workers in a proposed unit shared a “community of interests,” then those workers would constitute an appropriate bargaining unit. The only way an employer could defeat the proposed bargaining unit was to show that the employees who were omitted from the proposed bargaining unit were virtually indistinguishable from those employees who were included. To use the NLRB’s jargon, the employer had to show that the excluded and the included employees shared “an overwhelming community of interest.”

The organizers in Specialty Healthcare had petitioned to represent only the certified nursing assistants (“CNAs”) at a rehabilitation center – a group of 53 workers. The employer argued that the appropriate unit would be the CNAs and all other nonprofessional service and maintenance employees – a total of 86 workers. The CNAs were part of the center’s nursing department, along with LPNs and RNs, but their training was minimal: To become certified, the CNAs simply had to have 16 hours of classroom training and 72 hours of general education.  Their duties were also fairly basic: They assisted residents with grooming, oral hygiene, bathing, dressing, eating and getting about the facility. The 33 additional employees whom the employer wished to have included in the bargaining unit were involved in activities that also did not require advanced degrees. This group included leaders of recreational activities, cooks, inventory clerks and maintenance workers. The salaries of the CNAs and the service and maintenance workers were comparable and they all had the same benefits and were subject to the same employer rules.

The NLRB held that the CNAs were an appropriate bargaining unit because they had a community of interests: They had the same “training, certification, supervision, uniforms, pay rates, work assignments, shifts, and work areas.” As for the other 33 employees, there were too many differences between them and the CNAs to say that they had an “overwhelming community of interest.” Accordingly, the Board held that it was fine for the proposed bargaining unit to exclude the service and maintenance workers.

Union organizers applauded Specialty Healthcare. Instead of persuading the entire workforce that a union was in its best interests, the organizers could focus on a small group that felt underappreciated. Once that micro-union was established, the organizers could use it as a base to organize the rest of the workforce. Business owners withheld their applause. They saw Specialty Healthcare as permitting the camel’s nose into the tent. Six years later, the composition of the NLRB has changed and the camels are headed back to the desert.

In the PCC Structurals case, union organizers had petitioned for a bargaining unit consisting of 100 welders and rework specialists at a manufacturing plant. Their employer argued that the only appropriate bargaining unit was one that included all 2,565 production and maintenance employees.  While the welders and rework specialists shared many interests, including the same skills, training and certification requirements, they were scattered throughout numerous departments in the plant and did not share common supervisors. The welders and rework specialists worked on teams with other production employees and were subject to the same wage scale, benefits plan and work rules. Nevertheless, the NLRB’s Regional Director found that under Specialty Healthcare the proposed bargaining unit was appropriate: The employer had failed to show that the workers inside and outside the proposed unit shared “an overwhelming community of interests.”

On appeal, the NLRB held that it was time to overturn Specialty Healthcare. The Board noted that the NLRA charged it with ensuring “in each case” that the proposed bargaining unit was “appropriate” and would assure employees “the fullest freedom in exercising” their rights under the Act. To fulfill its charge, the NLRB said that it had to determine whether the proposed bargaining unit was sufficiently distinct from the other workers:

The NLRB said the Specialty Healthcare test “discounts – or eliminates altogether – any assessment of whether shared interests among employees within the petitioned-for unit are sufficiently distinct from the interests of excluded employees….” Moreover, the Board felt that the Specialty Healthcare test compels a finding in favor of the proposed unit “in all but narrow and highly unusual circumstances.” This approach, the Board said, undermined its statutory obligation to undertake an individualized assessment in every case.

Going forward, the Board stated that it would once again focus on the following factors when considering the appropriateness of a proposed bargaining unit:

Utilizing these factors, the Board will determine “whether excluded employees have meaningfully distinct interests in the context of collective bargaining that outweigh similarities with unit members.” Parties who believe the petitioned-for group improperly excludes employees are free to introduce evidence in support of their position in the pre-election hearing – but they need not worry about Specialty Healthcare: “[A]t no point does the burden shift to the employer to show that any additional employees it seeks to include share an overwhelming community of interest with employees in the petitioned for unit.”

Employers and their allies have been heartened by PCC Structurals decision. The Society for Human Resource Management, which often advocates for employers, had this to say about the decision: "A return to the traditional rule stops the fragmentation of the workplace that occurred under Specialty Healthcare and allows employers and HR to focus on developing attractive benefits and working conditions for all employees rather than bargaining separately with small units within the workplace."  The two Board members who cast dissenting votes in PCC Structurals have a different opinion: “[T]he majority adopts an arbitrary new approach that will frustrate the National Labor Relations Act policies of ensuring that employees enjoy ‘the fullest freedom in exercising’ their right to self-organization and of expeditiously resolving questions of representation.”  You can decide whether SHRM or the dissenting opinion is correct. But one thing is clear: Following PCC Structurals, fewer unions will now fit inside a building.

When your company needs experienced labor relations advice in West Virginia (WV), Kentucky (KY) or Ohio (OH), you can count on the labor and employment attorneys at Jenkins Fenstermaker. We have counseled employers in the tristate area for decades, and we stay abreast of current developments that affect businesses. Use our Contact form or call today to get started:  866.617.4736 or (304) 523-2100.