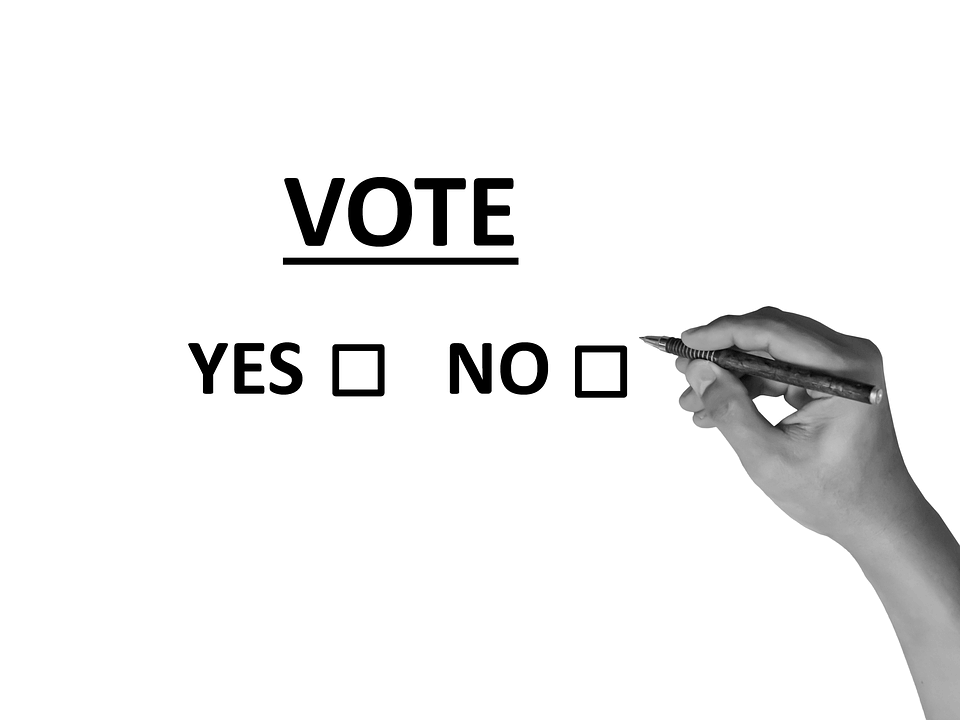 Thus far, bills affecting who can vote, the definition of a political party, voter registration, voting equipment purchases, and absentee ballots have been introduced and sent to various committees. Over the next several weeks, the election law practice group at Jenkins Fenstermaker, PLLC will run a series of blog posts containing information regarding 2019 West Virginia election law bills that propose changes to the state's elections and the rights of voters and candidates. Below are some of the bills that have been introduced so far.

WV House Bill 2169 seeks to change the requirements for recognition as political parties in West Virginia. The bill would provide party recognition to a group if its candidate were to receive one percent of the vote in the general election for any of the six statewide offices or if 5,000 people have identified themselves as members of a group on their current voter registration forms. The bill would also provide a space on voter registration forms for voters to write in the name of a group of affiliated voters to which they belong.

WV House Bill 2309 affects county and municipal elections and allows the county or municipality to cancel an election for a given office if only one person files as a candidate for that office. The person who filed would be deemed elected.

Registration and Student Voting in WV

WV House Bill 2395 relates to student voting in WV. This bill would require county boards of education to provide a school day for voter registration in West Virginia. Also, and more importantly, it would require the county boards of education to provide transportation to students who are qualified voters to participate in the early voting process.

WV Senate Bill 91 redefines who is entitled to vote in the State of West Virginia. If passed, the law defining qualified voters would use the phrase "legal resident" in place of the old language "bona fide resident." The term "legal resident" uses the concept of domicile, i.e. physical residency and an intent to remain in the state (or voting jurisdiction). The bill also includes several factors to consider when reviewing the domicile of an individual for voting purposes.

Judge Elections in WV Would Require a Majority Vote

Pursuant to WV Senate Bill 108, a candidate for judicial office would have to secure a majority of the votes cast in the non-partisan primary election. If any of the candidates fail to receive a majority of the votes cast, then the top two vote-receiving candidates would be placed on the ballot in the general election that year. The candidate with the highest number of votes in the general election would be declared the winner.

Authorization of Legislative Rule on the Voting Equipment Purchases

WV Senate Bill 217 would authorize a legislative rule proposed in 2018 regarding the purchase of voting equipment via loans or grants under the Help America Vote Act. The rule sets out how counties may apply for federal funding for new voting equipment to improve election process administration.

Expansion of No Electioneering Zone in WV

Following court cases in other states and issues that arose in the 2018 West Virginia elections, WV Senate Bill 251 would increase the size of the area around polling places where electioneering is prohibited. The old law prohibited electioneering within only 100 feet of a polling place and, in the 2018 elections, resulted in reported attempts at voter intimidation. This bill would increase the distance to 250 feet in an effort to protect voters from improper influence.

Elections and voting rights are changing in West Virginia. Keep an eye out for Jenkins Fenstermaker's election law practice group's blog posts to keep informed. For more information on 2019 West Virginia election law bills or to speak with one of our election law attorneys, call (304) 523-2100 locally or (866) 617-4736 toll-free or complete our online contact form.