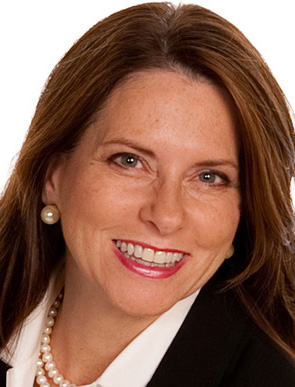 Attorney Lee Murray Hall is an experienced and respected WV insurance coverage and defense attorney with Jenkins Fenstermaker, PLLC. Originally from Owensboro, Kentucky, she graduated from the University of Kentucky College of Law in 1990.

Upon graduation, Lee joined the Louisville, Kentucky-based firm of Brown, Todd & Heyburn, where she practiced in the litigation section before joining Jenkins Fenstermaker in 1993.

Within her insurance coverage practice, Lee defends first-party bad faith claims and provides coverage opinions and files declaratory actions on legal issues such as trigger and allocation; the number of “occurrences”; priority disputes; damages calculations; batch issues as well as the more common issues presented in ISO and manuscript forms for casualty and property policies. Her representation of carriers often begins in the claims handling process, well before the filing of a coverage lawsuit, and extends through trial, settlement, and appeal. She also routinely provides preventative counseling and negotiation to avoid litigation.

Lee is recognized by peers, professional organizations, and clients as a thought leader in her practice areas. She was recognized by Best Lawyers in America© as the 2019 Charleston, WV “Lawyer of the Year” in Insurance Law and has been named one of the top 10 attorneys in the state by SuperLawyers Magazine. She was also selected as the 2015 Defense Lawyer of the Year by Defense Trial Counsel of West Virginia (DTCWV)—the West Virginia DRI affiliate organization—which she had previous served as president from 2010 to 2011. And Lee founded and served as the initial chair of the Insurance Committee for the DTCWV, where she published regular legal updates on West Virginia tort and insurance law for clients and insurance professionals and monitored legislative and regulatory changes.

More recently, attorney Lee Murray Hall is the program director and co-chair for the FDCC 2019 Insurance Industry Institute (I-3) in New York, an intensive two-day with sessions led by industry leaders and executives sharing their forecasts of industry trends and developments.

Attorney Lee Murray Hall currently serves on the West Virginia Board of Law Examiners and is a member of the FDCC and the International Association of Defense Counsel (IADC). Lee has also served as the President of the Cabell County Bar Association.

United States Circuit Court of Appeals for the Fourth Circuit

West Virginia Board of Law Examiners

Turning the Tables on Plaintiffs in Trucking Litigation, April 2018

Trial -180 Days: Is Your Evaluation Complete?

Chair and Moderator, Women and the Law, DTCWV, 2006 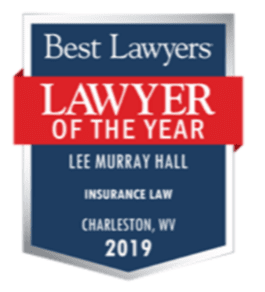