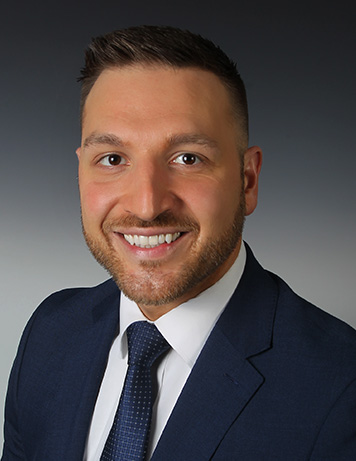 Jason D. Bowles joined Jenkins Fenstermaker, PLLC in May 2012 and continues to serve the firm as a WV insurance defense lawyer and more. A native of Princeton, West Virginia, Jason graduated with a Bachelor of Business Administration in Economics from Marshall University in 2009 and received his J.D. from the West Virginia University College of Law in 2012.

Jason provides representation for insurance companies in response to first- and third-party claims on a local and national level. This Huntington serious personal injury defense lawyer also defends both individuals and businesses in matters involving major injuries, fatalities, and property damage. Jason is committed to handling complex insurance defense in WV and has proven to offer practical advice in a timely manner.

Mr. Bowles has earned a reputation amongst clients and colleagues as a strategist committed to the efficient resolution of litigation arising from catastrophic injuries and fatalities. Mr. Bowles has been trained as an aggressive litigator by an elite team of seasoned and recognized attorneys with expertise in major injury cases.

When not researching, consulting with clients, or in court, you can find Jason enjoying time with his daughter or exercising, cooking, or reading.

When businesses need a WV insurance defense lawyer to consult on or litigate cases involving serious property damage, catastrophic injury, or fatalities, Jason Bowles answers the call and gets the work done.

The Use of Persuasion in the Practice of Law, Defense Trial Counsel of West Virginia

Member, The Order of Barristers, 2012