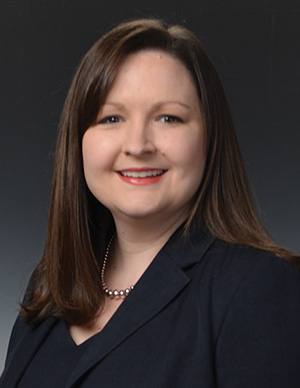 Sarah brings to her practice the attention to detail that gave her success as an examiner for Stewart Title in Austin, Texas. After working several years in the real estate industry, she attended law school in her home state at the University of Kentucky College of Law. Upon graduation, she joined Jenkins Fenstermaker and is a key player on their litigation team.

Today, a significant part of Sarah’s time is working as an insurance coverage and defense attorney, but she also represents clients in construction litigation, public sector liability, real estate litigation, and general litigation. She is a formidable trial attorney in both state and federal court

Sarah has been named a Super Lawyers Rising Star every year since 2014. She was also recognized by the West Virginia State Journal in the 2013 class of Generation Next: 40 Under 40 and received the Huntington Chamber of Commerce Generation Huntington Award in 2011.

Sharing her skills and dedication outside the office, Sarah gives back to the community by serving on several philanthropic and community boards. She currently serves on the Board of Directors of the Ronald McDonald House Charities of the Tristate and TEAM for West Virginia Children. She previously served on the Board of Directors Dress for Success River Cities, participated in the Loaned Executive Program for the United Way of the River Cities, and volunteered on several committees at the Huntington Museum of Art. Sarah is a past president of both the Cabell County Bar Association and the Junior League of Huntington.

If you were to look for Sarah away from the office or one of her community organization commitments, you might find her fishing the New River Gorge. An avid outdoorsperson, Sarah enjoys fishing for bass and trout as well as hiking and camping.

United States Circuit Court of Appeals for the Fourth Circuit

Dress for Success River Cities, Board of Directors

United Way of the River Cities, Loaned Executive Program, 2010 to 2011