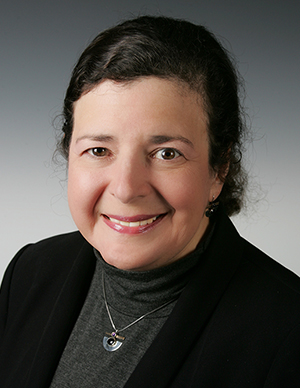 With over 30 years in practice focused on healthcare, employment law, and commercial litigation, lawyer Charlotte Hoffman Norris works hard with and for her clients, and she is an esteemed member of the bar as a West Virginia healthcare and employment lawyer.

Charlotte graduated with High Honors from Agnes Scott College, where she was inducted into Phi Beta Kappa and the Mortar Board Society. She then attended Washington and Lee University School of Law, where she was appointed to serve as Co-Director of the Western State Hospital Legal Aid Society.

While a law student and following her admission to the West Virginia bar in 1990, Charlotte began her legal career in Huntington at Jenkins-Fenstermaker, first in the business section and then litigation, devoting her attention to healthcare and commercial clients. She expanded her practice to include professional licensure and malpractice as well as employment law. Her practice areas naturally evolved to include insurance coverage, product liability, and special education law in West Virginia (addressing disabilities and exceptionalities). In 2015, she obtained her licensed to practice law in the Commonwealth of Kentucky.

Throughout her career, Charlotte has assisted and continues to assist healthcare providers and other industry employers with compliance issues, policy and contract development, human resource counseling and training, and employee benefits. She serves several municipal boards in a general advisory capacity with both litigation and employment matters.

Charlotte has lectured to professional groups in multiple areas of healthcare and employment law as well as on issues involving professional liability, provider-patient communications, health information management, and psychiatric forensics. She has published articles on psychiatric malpractice, medical monitoring, the privacy standards under the Health Insurance Portability and Accountability Act of 1996 (HIPAA), and the Emergency Medical Treatment and Active Labor Act (EMTALA).

Charlotte’s peers recognized her professional experience by honoring her as the Best Lawyers® 2018 Litigation – ERISA “Lawyer of the Year” in Charleston, WV’s metropolitan area, an honor she also received in 2016. She received her first recognition in Best Lawyers in 2008 for Employee Benefits (ERISA) Law and has been recognized every year since, including in Health Car Law (since 2016), in Litigation – ERISA (since 2011), and in Employment Law Management (since 2013). In addition to her Best Lawyer recognitions, Charlotte was also name in 2016 among the Women Lawyers of the Year in West Virginia, Chambers U.S.A. recognized her in the area of Employment Litigation in 2016, and she earned a peer rating of Martindale-Hubbell DistinguishedSM for High Professional Achievement in 2016.

Outside of the office, Charlotte devotes time and energy to her husband, their son (and his grade school), and their 2 dogs. Charlotte also is involved in serving her community as Second Vice President in Facing Hunger Food Bank, which serves 17 counties in West Virginia, Kentucky, and Ohio, and as a board member of The Prestera Center for Mental Health Services, Inc., the largest community-based mental healthcare provider in West Virginia.

When she has a few moments to herself, Charlotte enjoys reading, swimming, taking long walks, quilting, fly fishing, and tying flies.

Charlotte believes that in a world of great change, we must embrace the diversity of all individuals around us. Personally, and professionally, she sees our differences as the means for meeting each new challenge.

United States Court of Appeals for the Sixth Circuit

United States District for the Northern District of West Virginia

League of Women Voters, 2014 to Present

Our Lady of Fatima Catholic Church

“EMTALA in the 21st Century: The Cornerstone of Care for Uninsured and Underinsured,” DRI For the Defense Vol. 47, No. 11 (November 2005)

The Best Lawyers in America©, 2016 and 2018 Litigation – ERISA “Lawyer of the Year” in the Charleston, WV metropolitan area

The Best Lawyers in America© in Employment Law Management, 2013 to 2019

Women Lawyers of the Year for West Virginia, 2016 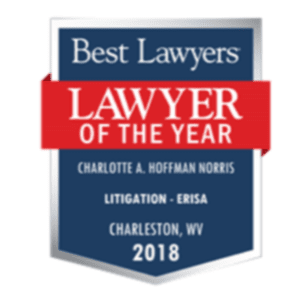 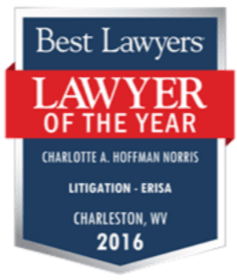