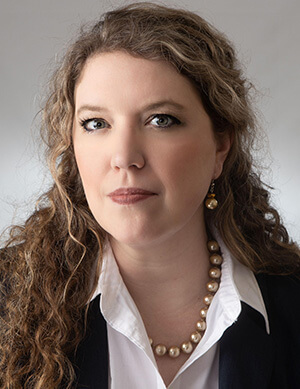 For more than a decade, attorney Allison J. Farrell has practiced “dirt law” in the Appalachian Basin. This Buffalo native earned her stripes as an oil, gas, and coal attorney litigating complex title and natural resource development issues in both state and federal courts for industry clients. Dirt law, however, is not limited to subsurface minerals; for Allison and the team at Jenkins Fenstermaker, PLLC, the practice includes all manner of property work, whether the dispute arises out of a scenic “viewshed” easement 10 stories in the air or the Utica Shale Gas Formation lying 10,000 feet below the surface of the earth.

Over the years, Allison has represented clients in a wide variety of property-based legal matters, including quiet title actions, lease litigation, eminent domain actions, partition claims, surface use disputes, easement and right-of-way disputes, estate contests, land contract enforcement and foreclosure, estate disputes, and judicial sales of real estate, to name a few. She also represents oil and gas producers before the West Virginia Oil and Gas Conservation Commission and has advocated for her clients before the West Virginia Supreme Court of Appeals.

As a complement to her litigation practice, Allison manages a real estate transaction practice out of the firm’s Clarksburg office. The transaction side of the practice spans both surface and subsurface property interests. Regardless of whether Allison is advising on a “simple” lease negotiation, a mineral title opinion, a title search, or specialized advice on how to best structure a joint operating agreement (JOA) among oil and gas operators, Allison’s clients value her direct and no-nonsense approach.

Allison earned her law degree from the West Virginia University College of Law in 2009, where she served on the West Virginia Law Review and was selected to the Order of the Coif. She earned her M.A. in English from SUNY Buffalo in 2001 and her B.A. from the University of Montana in 1999. Allison practiced law in Harrison County, WV for nine years before joining Jenkins Fenstermaker, PLLC’s new office in Clarksburg.

A respected oil, gas, and coal attorney in the Appalachian Basin, Allison is a frequent public speaker on emergent issues in the oil and gas industry. She has presented at conferences on the topic of West Virginia’s cotenancy law and its practical implications for operators in West Virginia. She is a member of the West Virginia Oil and Natural Gas Association, Women’s Energy Network, the Energy and Mineral Law Foundation, the Harrison County Chamber of Commerce, and a founding board member of Young Professional Women in Energy.

Allison is also an accomplished horsewoman who co-owns and operates Almost Heaven Vanners, LLC. Her experience and knowledge are instrumental in her leading Jenkins Fenstermaker’s equine legal practice. Allison and her team handle a variety of legal equine issues including contracts for boarding, breeding, training, leasing, and selling horses, equine business formations, liability risk management, and much more.

Allison is originally from Buffalo, New York and moved to West Virginia from Montana in 2005. She and her family live on a farm in the central part of the state. In her free time, she enjoys trail riding, camping, working on the farm, and traveling.

Order of the Coif

Member of the Bar of the Commonwealth of Pennsylvania, 2016 to Present

MLBC chapter of the AAPL, Member and serve on Legislative/Regulatory Committee

Surface Use in the Age of Horizontal Drilling: Will Horizontal Wells Be Considered a ‘Reasonably Necessary’ Use of the Surface?, North Dakota Law Review, Volume 88, No. 3, 2012

“Lease Shut In Clauses: Keeping the Lease in 2020 and Beyond;” presenter at the WVU College of Law Shale CLE, November 2020

“Cotenancy in West Virginia: Discussion of New Oil and Gas Statute;” presenter at the MLBC, September 2018 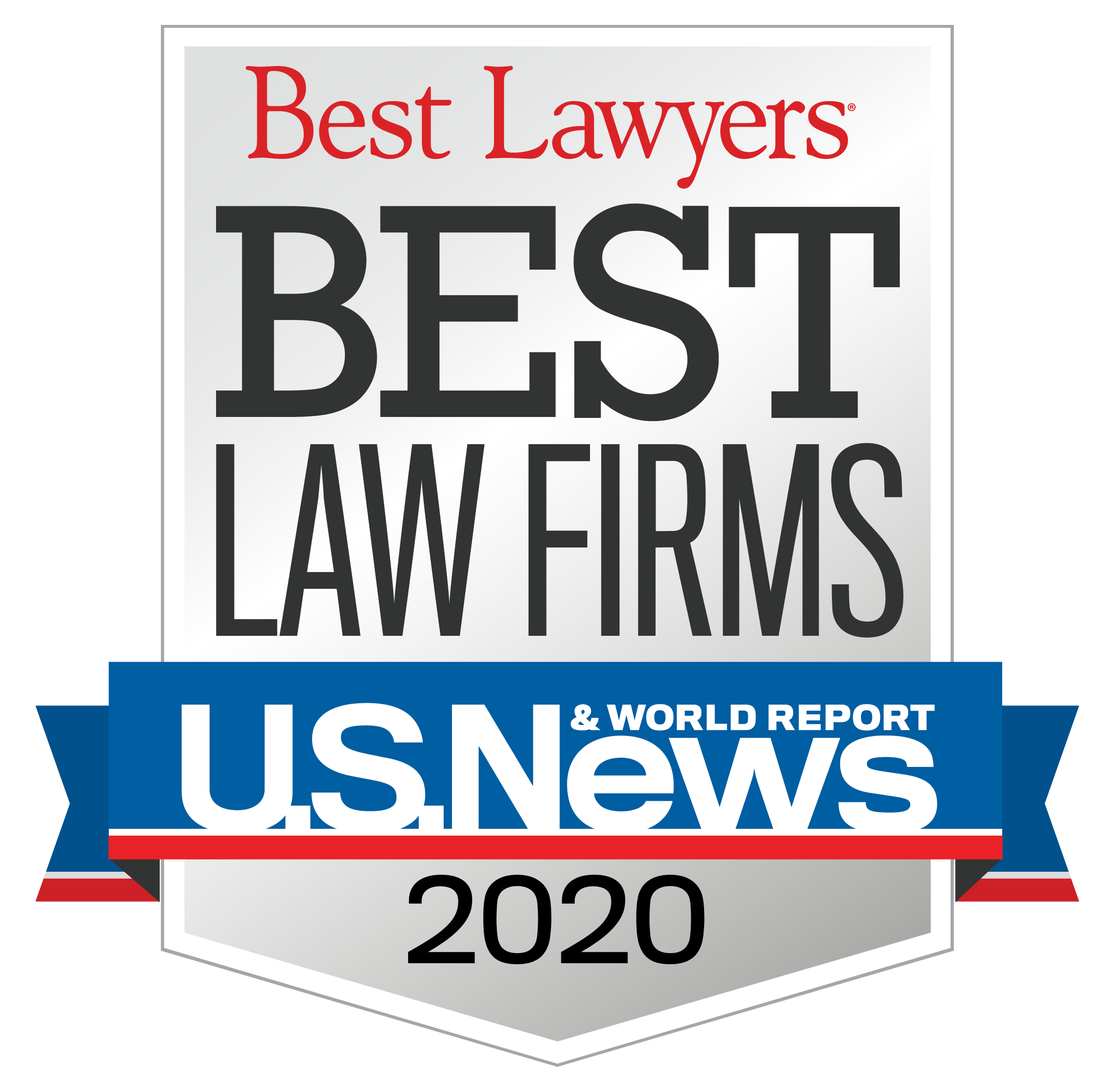 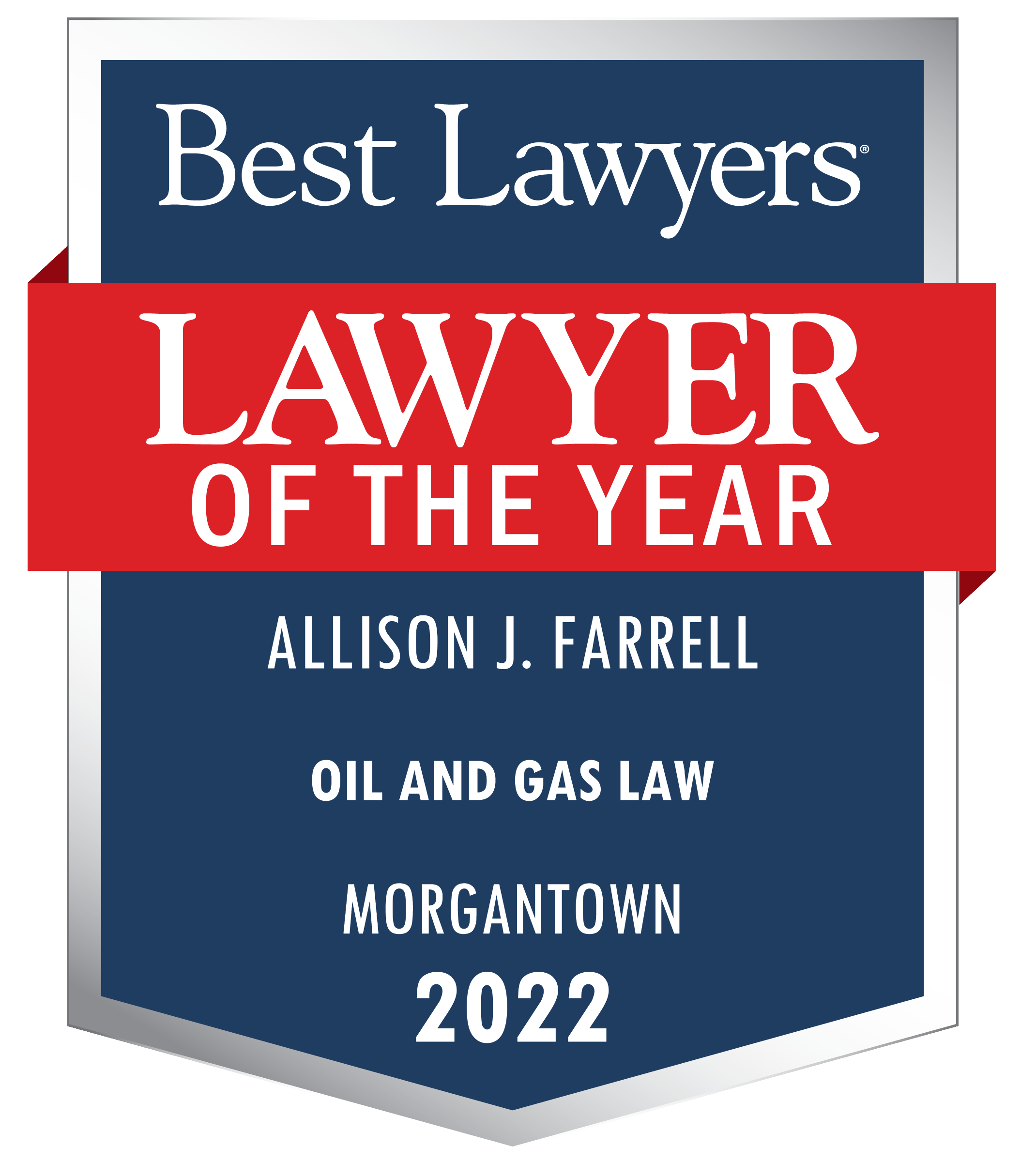